The City of Darien operates under a “Council-Manager” form of government.  Under this form of government, the mayor and city council provides the primary policymaking role, and an appointed city manager provides the primary executive role. It combines the strong political leadership of the elected mayor and council with the strong managerial experience of an appointed local government manager. 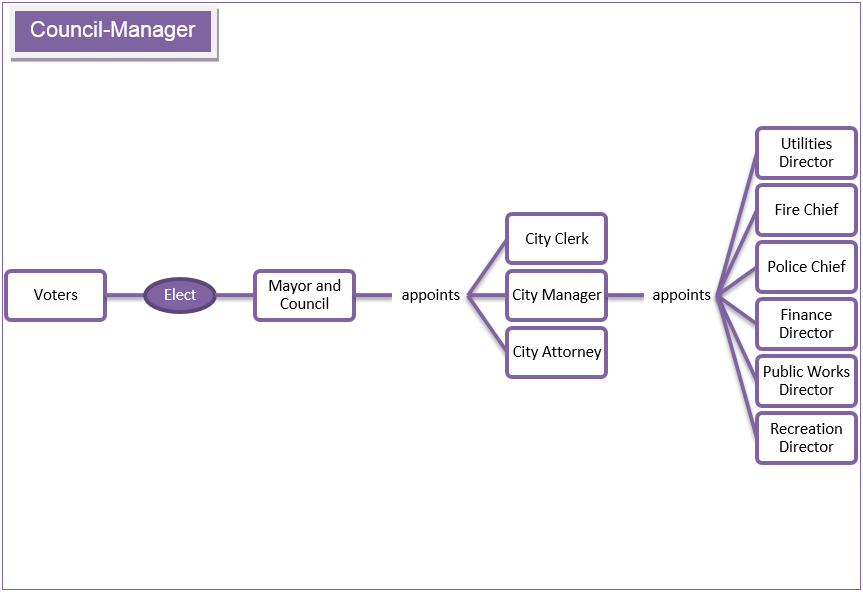 The council-manager form of government was developed in the early 1900s by reformers who envisioned a more business-like approach to municipal government. Thus, the structure of a municipality operating under the council-manager form of government is similar to the structure of a corporation. To this end, the municipality’s citizens are treated as shareholders that elect a city council to serve as their board of directors. The city council establishes the city’s policies, while a professional city manager, hired by the city council, is charged with implementing the council’s policies. In this capacity, the city manager functions similarly to a corporation’s chief executive officer, or CEO.